Today, union thugs brought their crusade against workplace freedom to an ugly, violent head in Lansing, Michigan.  A mob of knife-wielding labor goons slashed an Americans for Prosperity tent to pieces, repeatedly punched comedian Steven Crowder in the face and threatened to kill him with a gun.

But the bloodlust didn’t end there. As Gov. Rick Snyder prepared to sign Michigan’s right-to-work measures into law, he became the latest target of the Twitter lynch mob. Once again, vicious progressives showed their true, unhinged colors by threatening to kill Snyder and wishing for his death.

@onetoughnerd you are soooo going to die painfully for this bullshit, it isn’t even funny

i’m sorry, i shouldn’t say that, i might get in political trouble. governor Snyder needs to fall down a flight of stairs. on fire. and die.

Hey, a Michigan House Democrat promised there would be blood, right?

This protest is crazy. People writing signs saying “fuck Snyder” and “down with snyders blood” insane. They are gonna riot.

Some bloodthirsty progs hoped Snyder would do their dirty work for them.

I thinks its time to get the Fuck outta this garbage state… The walls are definitely caving in. Snyder please kill yourself

Others wished that people who voted for Snyder would kill themselves.

Assassination threats against Mitt Romney proliferated throughout the 2012 campaign season and Twitter was flooded with death threats against Wisconsin Gov. Scott Walker after he won the Wisconisn recall election. Now, it’s Gov. Snyder in their crosshairs.

How’s that for civility?

And now that Gov. Snyder has signed the bills:

“I have signed the freedom to work bills into law.” – Gov Rick Snyder

The freedom to choose and bringing more and better jobs to our state makes Freedom to Work the right move for Michigan.

Expect the hate and bloodlust to keep pouring in:

Rick Snyder should suck my dick. That I dont have. But for him ill fucking grow one out of the rage he makes flow through my body.

Fuck you piece of shit @onetoughnerd

If your name is Governor Rick Snyder, Go Fuck Yourself. #GFY

Fuck you, Governor. RT @onetoughnerd: “I have signed the freedom to work bills into law.” – Gov Rick Snyder

Snyder makes me want to put aside all my morals and just really give it to him, Detroit, Linwood and Puritan style. Dirty piece of shit.

f’real though smash the fucker (the fucker is @onetoughnerd) #saveMI

Gov. Snyder, you sir, are a piece of shit. I hope you burn in hell.

Somebody need too whoop Rick Snyder bitch ass with a pipe. Fuck #ricksnyder

This jerk even went after Snyder’s wife:

The death threats against Snyder and now, his family, continue:

@onetoughnerd believe us, you, sue, Jeff, mellisa, and Kelsey will burn for this. You fuck with our families, we kill yours!!! 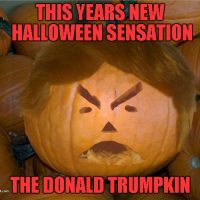