It’s awfully hard to tell who’s “punching down” when you’re as far below punching range as The Daily Caller’s Matt Lewis.

@mattklewis Well you're punching up at @michellemalkin. Write when you have created two of the most popular conservative sites on the Web.

And for Lewis, explaining how Michelle Malkin is David Frum-ishly “execrable” is even harder.

@mattklewis Not sure what word you were searching for. I actually cannot think of one to fit that context."Execrable" doesn't.

What’s easy is lobbing a clownishly absurd insult at “meany pants” Malkin before making a hasty and cowardly retreat.

.@mattklewis Hey maybe you can do a show with @edmorrissey on HotAir to talk about how "execrable" I am. I'll listen. http://t.co/FIJYVgul

Hot Air? Surely the site is just as “execrable” as its founder, right?

But, but, but … execrable, no? How ’bout you explain yourself now?

.@michellemalkin .@mattklewis Yes, sir…we're ALL listening and waiting for your explaination.

And maybe man up and try using Malkin’s Twitter handle.

@alwaysonoffense The fecklessness, it burns.

.@mattklewis Why don't you go ahead and just explain your remark now. I'm listening.

WTH? RT @michellemalkin: .@mattklewis Hey maybe you can do a show with @edmorrissey to talk about how "execrable" I am. http://t.co/kCC9PgwG

Ask him that, Ed. @edmorrissey

Actor Adam Baldwin and others asked Lewis to apologize like a “gentleman.”

@mattklewis Execrable?? Really?? Not the first word that comes to mind when I think of @MichelleMalkin. Why not apologize?

@mattklewis @MichelleMalkin is a lot of things but "execrable" is not among them. You should apologize forthwith. #BeAMan

Evidently “gentleman” is another word Lewis can’t quite wrap his mind around.

@adamsbaldwin Why would I apologize for such precise and appropriate word choice?

So “precise and appropriate” he can’t manage to explain himself. Instead, the self-described “Morning Joe” fan attempts to deflect by playing the “shaddup, you’re all lefties!!111!” card.

I disdain this weak-kneed trend of constantly calling on (demanding?) others to "apologize." (I'd expect this sort of thing from the Left.)

A bit of advice from @ExJon’s dad:

@adamsbaldwin My dad taught me two things: Never start a land war in Asia and never pick a media fight with @michellemalkin. 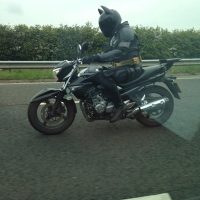 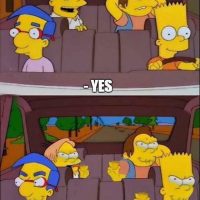