How Politicians “Evolve” On The Issues… 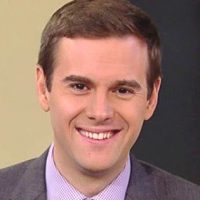 As Twitchy told you earlier, Hillary Clinton is joining The Resistance in the form of starting a political PAC (where there’s money, there’s a Clinton). Townhall’s Guy Benson has a great idea about where Hillary should get the new PAC off the ground: Hillary starting a "resistance" PAC. Maybe launch it in WI? But she's returning to her core competency: Raising $ https://t.co/L2lObCDmsl — Guy Benson (@guypbenson) May 5, 2017 A Wisconsin launch? Ha! Better late than never. @guypbenson It should be interesting seeing how much money […]

Trump replacing Obama? This one is funny no matter what side you’re on 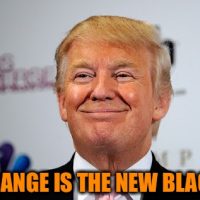 Hillary in Minnesota: ‘Are you going to turn out or tune out?’ [pics]

http://twitter.com/#!/alfranken/status/525412951642357760 We’re sure the women of, say,  Saudi Arabia are very thankful for all she has accomplished. It's a packed house for Governor Dayton, Al and Hillary Clinton! #MNVotesEarly pic.twitter.com/qKTLq97VE5 — Al Franken (@alfranken) October 23, 2014 @alfranken with a guest apperance by George C. Scott, aparently #reallybigflag — Scott Graupner (@MinnesotaProud) October 23, 2014 @alfranken Hey Al – Other than winning an election by cheating, what is your next greatest accomplishment as a Senator? 99% Obama support? — Rich Brown (@HRleaderRich) October 23, 2014 Sen. Franken […]

Some things NEVER change: One GUESS how Obama shared his thoughts about #Charlottesville 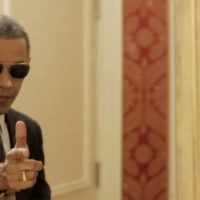 Many political figures were out in full force condemning actions in Charlottesville, Va. yesterday and calling for peace, unity, etc. And of course Barack Obama was front and center offering his two cents: Well, his two cents and a picture of … himself. "No one is born hating another person because of the color of his skin or his background or his religion…" pic.twitter.com/InZ58zkoAm — Barack Obama (@BarackObama) August 13, 2017 It’s not always about you, dude. What should we expect from the guy who honored Rosa […] 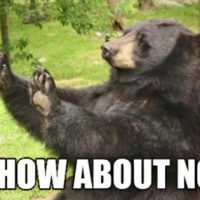 http://twitter.com/#!/ensignbay/status/514568909895114753 Yes, pampered liberals really say things like this: Chelsea Clinton Fears Her Baby Could Live on a 'Planet Without Elephants' http://t.co/o3rBn3U8ki — This Week (@ThisWeekABC) September 24, 2014 From ABC News: If there is one thing Chelsea Clinton is most worried about, it may be that her soon-to-be child will grow up in a world without elephants. Standing alongside her mother, Hillary Clinton, at the Clinton Global Initiative this afternoon, the very-pregnant former first daughter warned the plight of African elephants, killed for their ivory tusks, […]

Hillary Clinton hugs it out with another forced book plug

http://twitter.com/#!/Holden114/status/499649439208726528 Hillary Clinton had previously indicated that she planned to put any foreign policy disagreements with President Obama aside by “hugging it out” with him on Martha’s Vineyard while she’s there for a book signing. When asked about the impending hug, Clinton just couldn’t help but throw a plug for her book into the answer: http://twitter.com/#!/JimAcostaCNN/status/499648293119754240 She what she did there? Always be closing! http://twitter.com/#!/scottlincicome/status/499649309017927681 *** Related: ‘Get over yourselves’: Hillary Clinton response to Katy Perry ‘theme song’ offer includes book plug How awkward will the Hillary/Obama […]