This Tornado Footage Looks Like CGI, But It’s Totally Real And Completely Terrifying 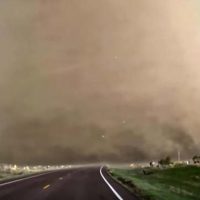 When it comes to taking unnecessary risks, chasing storms and tornados ranks right up there with taunting lions. That being said, storm chasing is still a terrifying hobby for some and a lucrative profession for others. If you think that job sounds like a joke, just wait until you check out the video below. These storm chasers found themselves just yards away from a massive tornado in Wray, Colorado, earlier this week…and they were running low on gas. That looks like something out of a movie. View […]

These Sounds From Ancient Stars Are Pretty Freaky 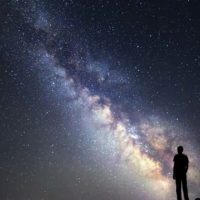 In space, no one can hear you scream because it’s a vacuum, and sound — as we know it here on Earth — can’t travel through nothing. However, that doesn’t mean there are no other sounds. In fact there’s a whole field dedicated to researching the hidden sounds of the universe. It’s called asteroseismology. Asteroseismologists measure the vibrations of stars. The frequency at which different stars vibrate can give scientists an incredible amount of data about what each star is made of. These vibrations can also be […]

The Cold, Dead Eyes Of A Giant Doll Will Watch You Eat At This Bizarre Diner 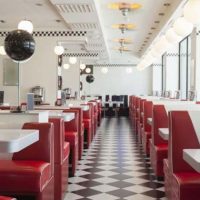 Who doesn’t love a good diner? If you’re like most Americans (myself included), chowing down at these low-cost, down-home establishments is a way of life. In fact, you can learn a lot about a place by visiting its local diner. And after a while, these restaurants become the unofficial welcome centers of their respective cities. There’s something comforting about eating at restaurants like this, since they’re all pretty similar. iStock But that sense of familiarity goes out the window when a diner decides to take a creepy […] 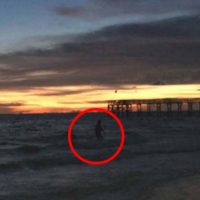 googletag.cmd.push(function() { googletag.display(‘VN_PG_DTBT_ATF’); }); Ghosts just seem to love walking into the backgrounds of our most beautiful pictures. Really, this has been an issue since the dawn of modern photography. Back then, though, you could pass off a strange shadow on the wall as a problem with the camera or an error during development. Now, however, it’s not so simple. Every person’s smartphone is pretty much a professional-grade camera. When a ghost shows itself in one of those photos, you can hardly make the argument that the […]

The Spirits That Roam This Town Have Been Here For A Long, Long Time 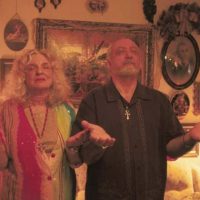 googletag.cmd.push(function() { googletag.display(‘VN_PG_DTBT_ATF’); }); Small-town America is an interesting place. Between here and wherever you’re heading, there is undoubtedly an abundance of small towns with unique histories. While there are plenty of towns we could spotlight here, today we’re going to take a look at the bizarre history of a small town by the name of Cassadaga in Florida. Cassadaga is built upon the ideas and practices of spiritualism. The founder of the town, medium George P. Colby, from Pike, New York, established the town in 1875. […] 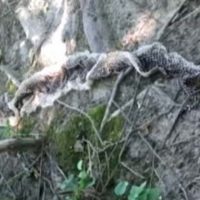 This summer has been eventful for the residents of Westbrook, Maine. Since late June, residents have been catching glimpses here and there of a snake some say is as long as an 18 wheeler. While no one has been able to get close enough to the serpent to figure out what kind of snake it is, locals know that it’s a big one. googletag.cmd.push(function() { googletag.display(‘VN_PG_DCBP_ATF’); }); They call her “Wessie,” and one recent discovery has only fanned the flames of her stardom. After briefly falling out […]

Welcome To The Most Haunted House In New York State 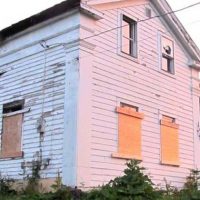 googletag.cmd.push(function() { googletag.display(‘VN_PG_DTAT_ATF’); }); When we think of haunted buildings, we typically consider places like old hospitals, prisons, and asylums to be the creepiest of all. However, that’s not always the case. Take, for example, this old farmhouse in the town of Hinsdale, New York. It’s widely considered to be the most haunted structure in the state. It’s unclear exactly how the Hinsdale House (as it’s now known) came to be as haunted as it is now, but this story begins in the early 1970s when the […]

googletag.cmd.push(function() { googletag.display(‘VN_PG_DTBT_ATF’); }); When looking through vintage photos from the 1920s and ’30s, you’re bound to come across a few odd-looking images. It’s easy to forget just how different things were back then. But in some cases, things weren’t just different. They were downright horrifying (at least from our modern-day viewpoint). Take how they used to do perms, for example. That seriously looks like a machine out of “The Twilight Zone.” Getty Images googletag.cmd.push(function() { googletag.display(‘VN_PG_DCBM_BTF’); }); While it might look pretty freaky to us, back […]

Asthma is a terrible condition, but luckily, we’ve gotten pretty good at helping people cope with it. Nowhere in the scientific literature does it say, however, that swallowing a live fish will help you with your breathing problems. Despite that, an estimated 100,000 people gathered at India’s Hyderabad’s Exhibition Ground earlier this month to do just that. This yearly tradition sees those with breathing problems pushed together to swallow live fish stuffed with herbal paste. The paste is created by the Bathini Goud family, and its ingredients […]

Today Is Australia Day, So Here Are 20 Horrid Things You Can Expect To Find There

To many folks, there is no place more magical than the land Down Under. Australia is a wonderful nation filled with wonderful people, and every year on January 26, Aussie people celebrate their heritage on the aptly named holiday of Australia Day. While Australia is a diverse country, it’s also home to more than its fair share of horrifying stuff. On this Australia Day, let’s take a moment to celebrate all of the epic nopeness that Oz has to offer. 1. Be careful while walking around holes […]