http://twitter.com/#!/Dannypace/status/520319456023556096 As Twitchy reported, Rolling Stone, the magazine for “Boomer fossils” that was once obsessed with the Watergate break-in, is now running a cover story by Paul Krugman calling President Obama “a historic success.” As if that weren’t enough, the magazine is promising a list of “55 numbers that prove President Obama has accomplished more than you may realize.” Good lapdogs! In the meantime, while the Washington Post is breaking news on the latest secret service scandal and its suppression by the White House until after the election, Newsweek […] 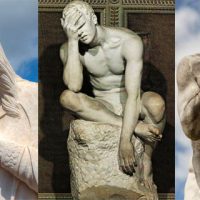 Strange, isn’t it, that while journalists at some of America’s most high-profile networks and newspapers seem to think they’re battling the Trump administration not just for their own lives, but to preserve democracy itself lest it “die in darkness,” others are sounding alarm bells over the president’s defense of Western Civilization during his speech in Poland. Twitchy has already covered Zack Beauchamp’s hot take, interpreting Trump’s speech as a warning against “non-white immigration.” Maybe he and anti-racism strategist Tariq Nasheed can get together and have a long […]