A group of sailors was enjoying an outing off the coast of Naples, Italy, when they spotted something small and furry struggling to keep its head above the waves far out in the waters. The poor pup had apparently fallen off a ferry while on his way home with his new owner, but the ferry crew refused to stop and retrieve him.

Luckily, these kind strangers were more than happy to pull the sweet pooch up to safety.

He had clearly been treading water for a while by the time they found him.

He was exhausted and shaking from the chilly waters.

You can see his whole incredible rescue in the video here:

They were able to locate his owner who was overjoyed to see the cutie, whose name is Noodle, alive and well. The ferry company issued an apology and are currently investigating their crew members who told the distressed owner his pup had “probably already drowned” rather than attempt a rescue. 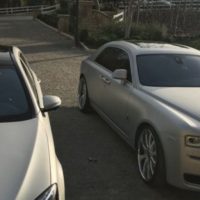